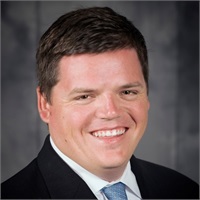 Prior to founding Ambrose Capital Management, Connor spent twelve years in the financial services industry. Connor developed his practice at Merrill Lynch where he was recognized to the Practice Management Development excellence group. Prior to joining Merrill Lynch in 2010, he worked for a Dallas-based investment banking firm and in Oil & Gas risk management in both New York and Dallas. His exposure to multiple channels within the financial services industry, allows Connor to act as principal in most facets of a client's financial picture.

Connor completed his graduate and undergraduate studies at Southern Methodist University, earning a Masters in Business Administration in 2007 with a concentration in Finance. Connor has continued his education by earning the CERTIFIED FINANCIAL PLANNER™ certification awarded by the Certified Financial Planner Board of Standards, Inc.

Connor brings a global perspective to business and risk management having grown up overseas before returning to the U.S. to complete his college studies.

Connor lives in Dallas with his wife, Lindsey, and two beautiful children, Alton and Ellie.

The Cost of Procrastination

Don't let procrastination keep you from pursuing your financial dreams and goals.

The 12 Steps to Living Confidently: How to Set Up a Budget

Get ready. We’re about to get deep. Have you ever thought about what means, means?

Use this calculator to assess the potential benefits of a home mortgage deduction.